A mother had dreamed of a kitchen renovation for a long time. The solid oak cabinet doors and the multicolored stone worktop of the old kitchen no longer felt pleasing to the eye for a real estate professional. Even though the L-shaped kitchen had enough worktop space, the family still dreamed of an island they could all gather around to share a pot of coffee and exchange the daily news.

The idea had been brewing for quite some time when they decided to take action. The mother had a clear vision of what the new kitchen should look like.

-    We wanted an as minimalistic and white kitchen as possible, with enough space for all functions. When choosing the colors of cabinets, worktops, the wall and flooring, we played with different tones of white to create a fresh and modern result, she reveals. 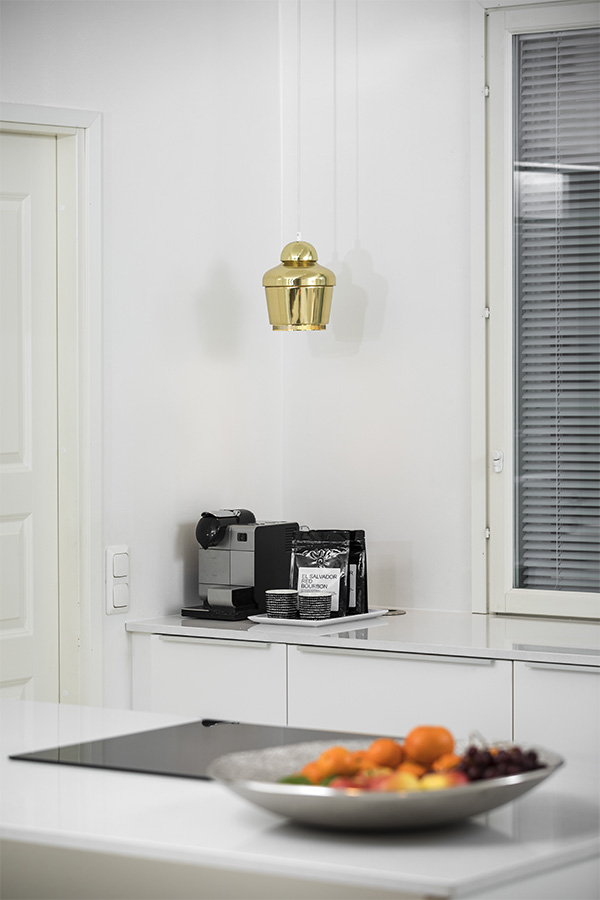 The kitchen renovation was decided to be carried out by the family themselves, as both parents were professionals in the industry. The planning took off from the island, its size and the location of it. The tap and sink were already positioned well in the old kitchen, so no plumbing was needed to move them elsewhere. Only the new cooker hood over the island needed the existing vent to be moved, so the kitchen ceiling was lowered a bit to achieve this. At the same time, some spotlights were placed around the ceiling to create an even overall lighting.

The white kitchen cabinets together with minimalistic, matt chrome handles were purchased from Ikea. The base cabinets were chosen with convenient drawers which contain more inner drawers than fronts to maximize the use of space. The overall appearance of the kitchen wanted to be kept light and airy, which lead to careful consideration about the amount of wall cabinets to be installed. In the end three high wall cabinets were chosen for storing and shelving dishes. Moisture resistant paint was used on the backsplash, since the short piece of wall was wanted without tiles or other back panel material.

An almost white stone worktop 20 mm thick was chosen for the counter tops. The stone worktop appealed not only for its looks but also with its easy maintenance. When choosing the kitchen sink the criteria was quite clear: they wanted one large stainless steel sink with a modern and streamlined appearance and enough space for washing a baking tray. The tap wanted to be attached directly onto the stone worktop, so the chosen sink was Stala’s spacious Max MX-50 sink. The tap was chosen from the Alessi product family by Oras and it is one of the carefully considered details in the kitchen to draw eyes to.

When choosing new kitchen appliances Festivo was selected for cold storage with a model in which the refrigerator part is slightly larger than the freezer section. The fridge space was more needed and it includes its own compartments for both meat and vegetables. The oven and microwave oven were located next to the freezer refrigerator on the same wall, while the stove found its place on the island. Plenty of counter top space was dedicated next to both the stove and sink to make them functional and easy to use in everyday life. 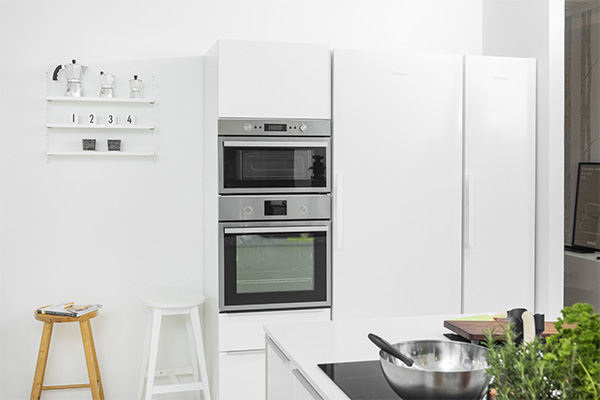 Now that the kitchen renovation is finished and the kitchen has been in use for a couple of months, it is time to ask how the kitchen planning and execution succeeded?

-    The renovation was completed in nearly the time schedule prepared and we stuck to the budget. We are extremely pleased with the look and functionality of the new kitchen. It is pleasant to drink our morning coffees or eat snacks together around the island. Before the kids would take their snacks and disappear into their own rooms, but the island has now become a gathering place for the whole family, the mom rejoices. 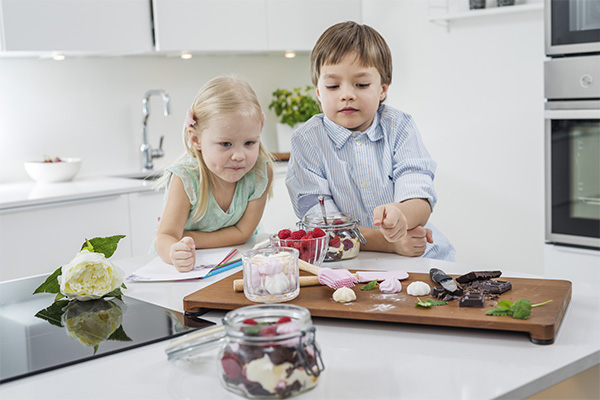 -    The other lovely thing about the renovation is that we were able to properly go through all the cupboards and clean out everything unnecessary. During the years our cupboards had collected quite a lot of things we really no longer needed. Now it is easy to find everything in the cupboards and drawers.

Is there something you would now do differently?

-    Placing the sliding waste sorting system in the lower drawer has proven to be a poor choice in everyday use. Using the bins so low is not very ergonomic and when the bins start to fill, they reach the upper drawer, so the drawer for the bins should be a bit higher. We saved the door mechanism from the old kitchen, so when I combine the lower and higher drawers we will have a more functional waste sorting system, says the father.

-    I am quite precise so it bothers me to see the high cabinet next to the refrigerator as their upper edges are not aligned, criticizes the mother. We have thought about encasing the appliances with the same type of laminated board which was used on the island, to create an unbroken line, she laughs. 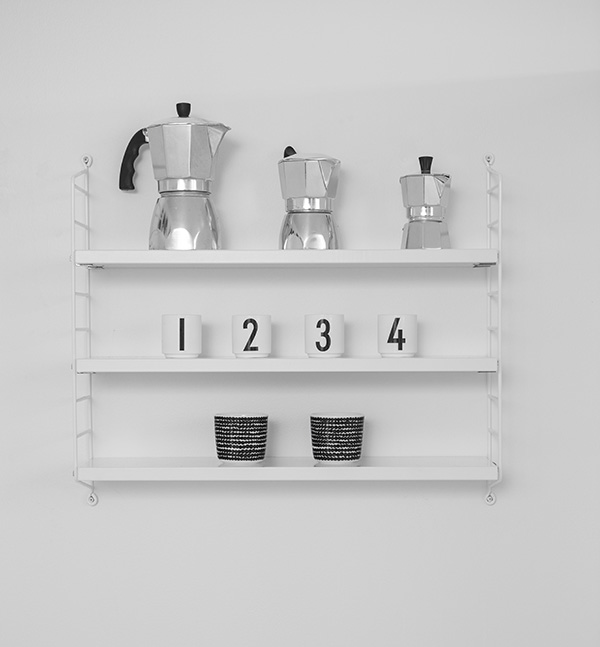 So there still might be some tweaking to be done in order to make the kitchen totally perfect. The end result in any case is fresh and modern – this kitchen will be a pleasant place for the whole family to enjoy for years to come!